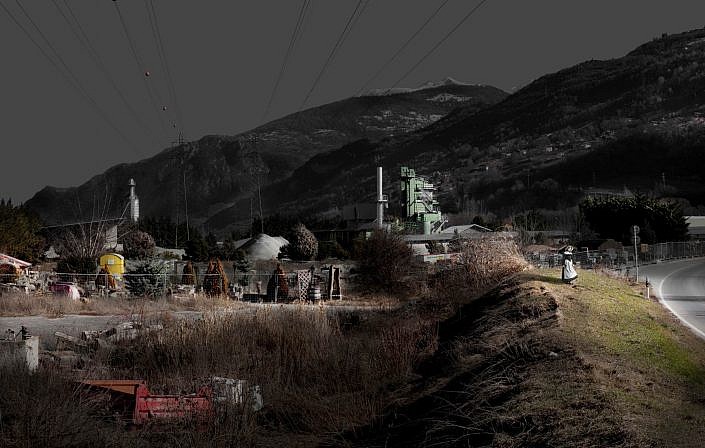 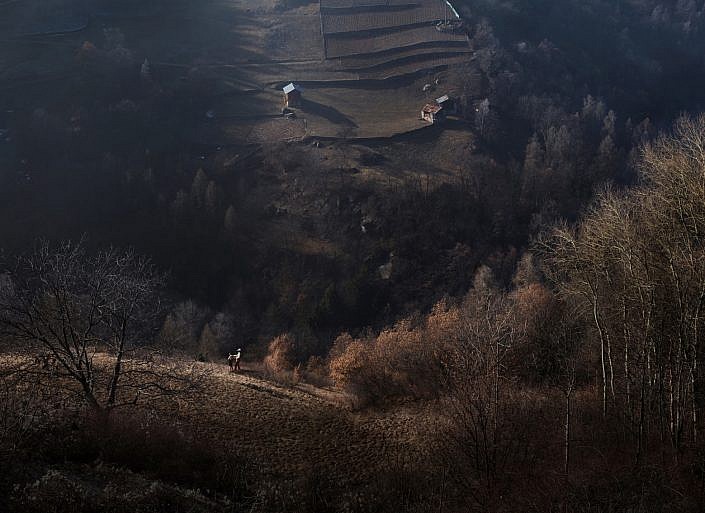 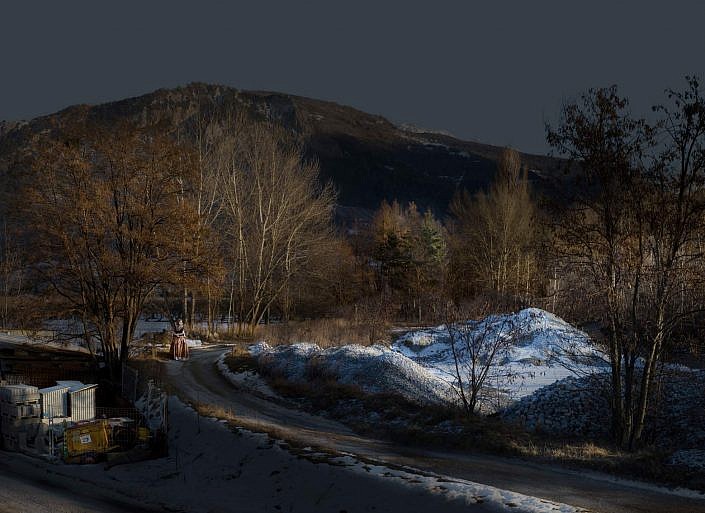 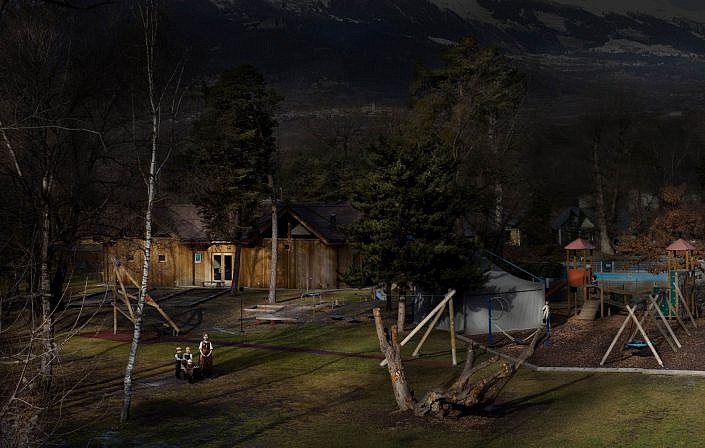 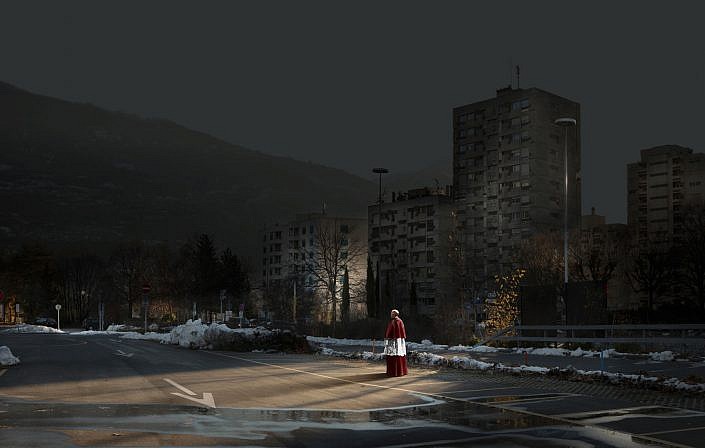 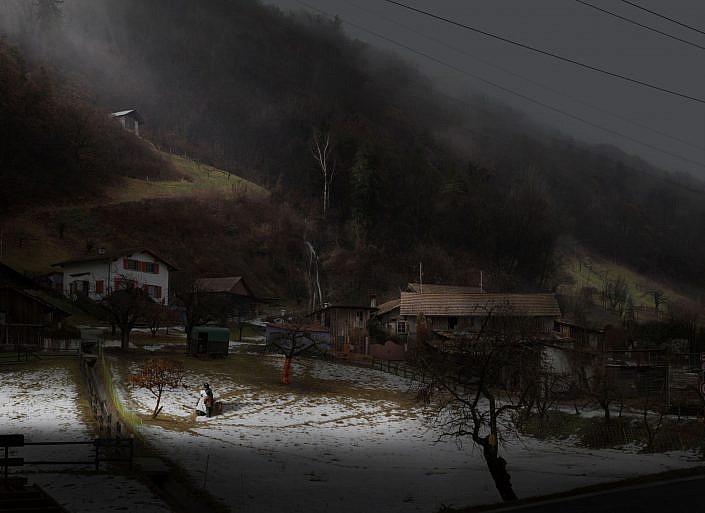 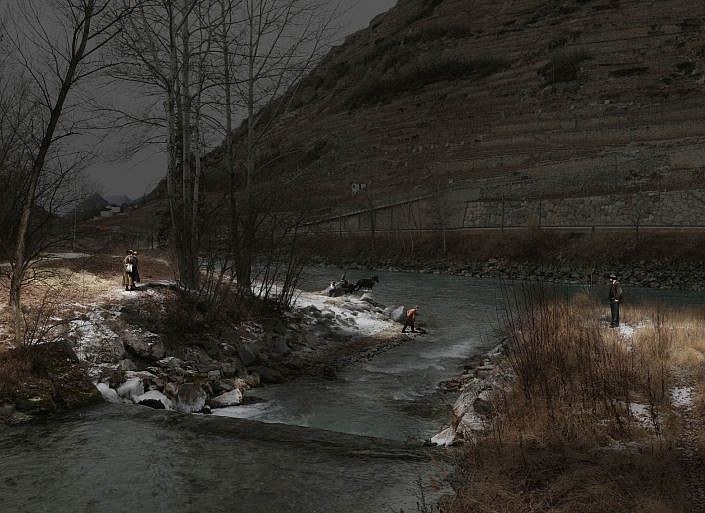 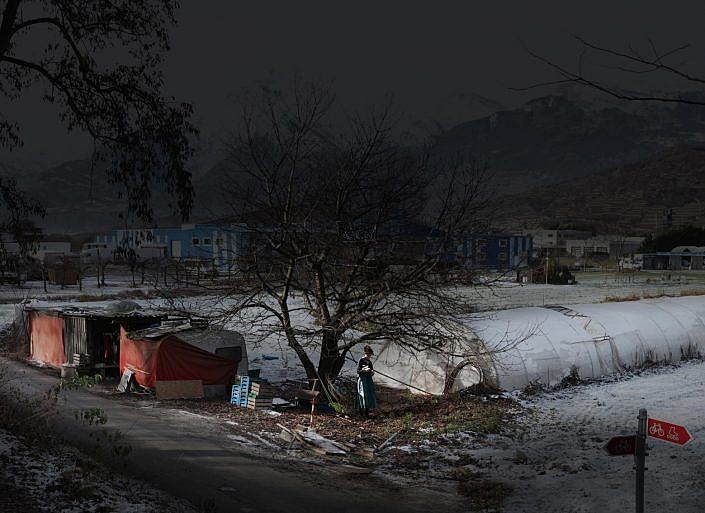 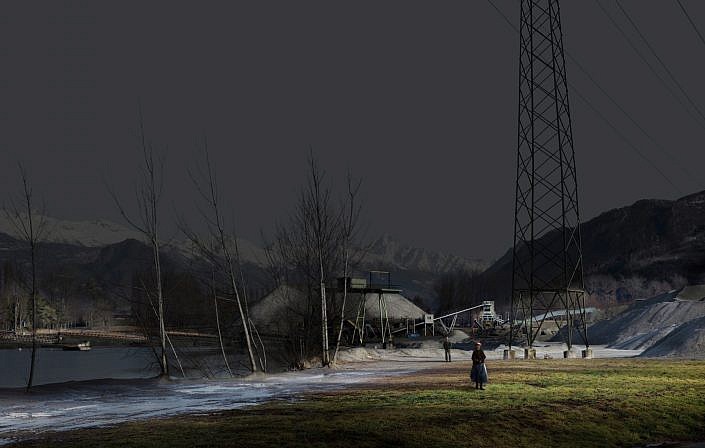 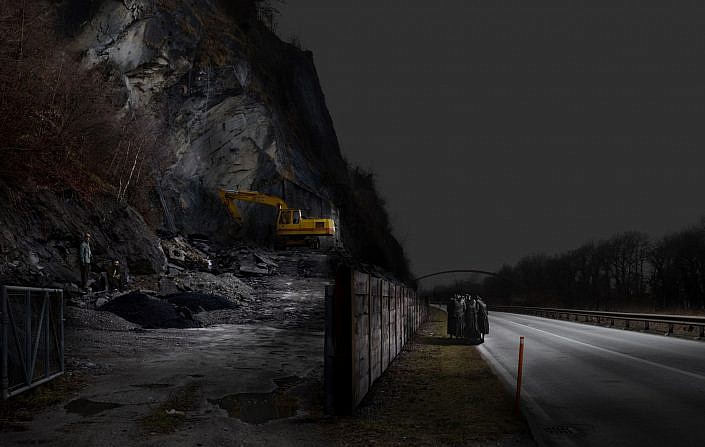 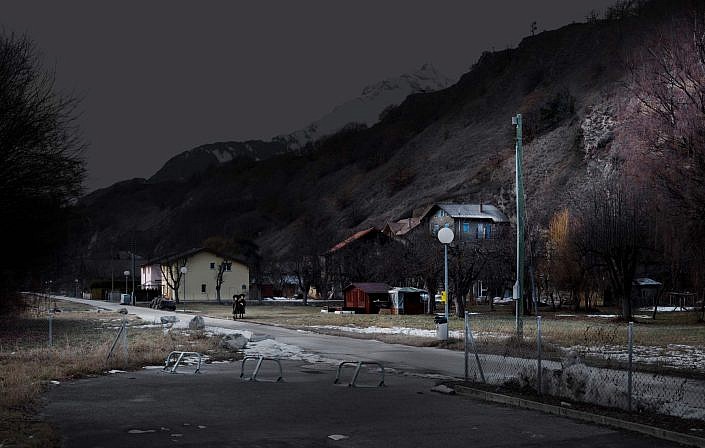 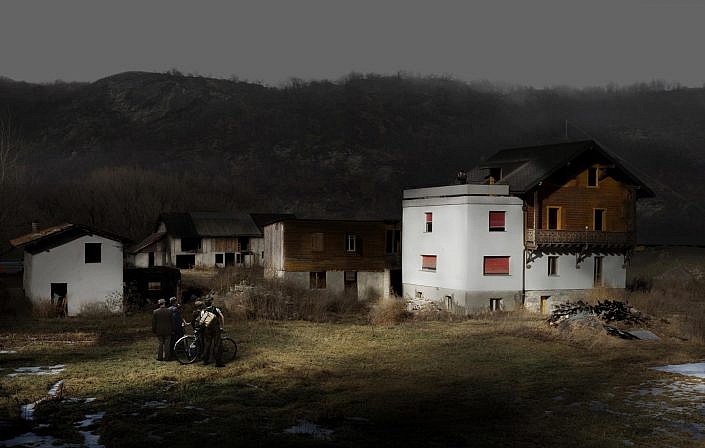 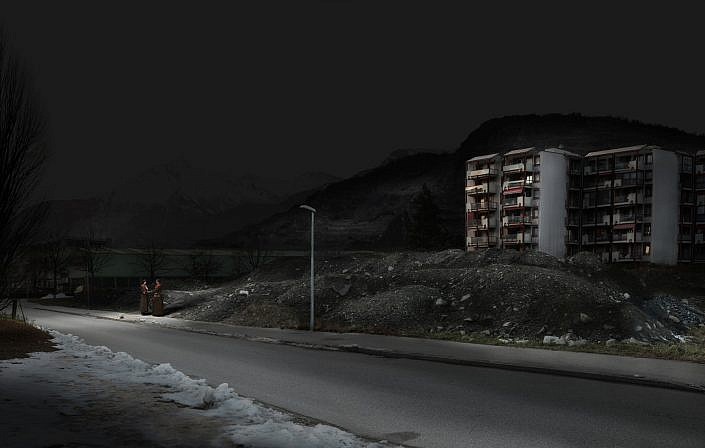 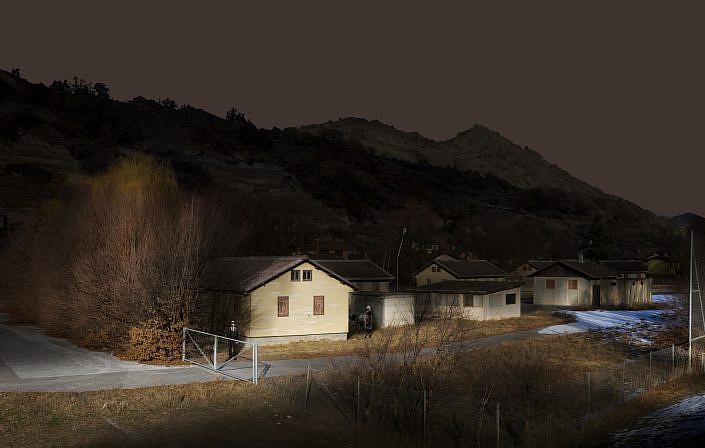 « My sentimental archives » attempts to create a link between past and present, reactivating archive images (the characters) through the filter of a contemporary approach, a prism of a landscape// constantly renewed urbanity. The old images are therefore coloured, cut out, copied and pasted : giving them a new twist. The new scenes reenact a style of painting where staged, everyday life sometimes lives alongside the strangeness of certain situations, and at others alongside the ambiguity of mingling of two time zones. The 19th century inhabitants become new ones, discovering the modernity of a town that used to be theirs, appropriating the places by acting out daily life. Appropriating both collective and photographic memory ties in with the desire to question the image in a larger sense, in a documentary conception without opposition to a subjective and contemporary image. This series plunges us into an other-worldly fictional space through photographic treatment that mixes artificial and natural light, photomontage, superimposition of shots, layers and other shams. The symbolic and mystical dimensions, as much for the treatment of light in the landscapes as the reuse of people (dead) who are, to all intents and purposes « alone in the world », lend to this photographic style a spiritual dimension, and poses the question of memory. Can we try and portray, photographically speaking, the present with the « ruins » in the Walter Benjamin sense of the term, of our inheritance and heritage ?